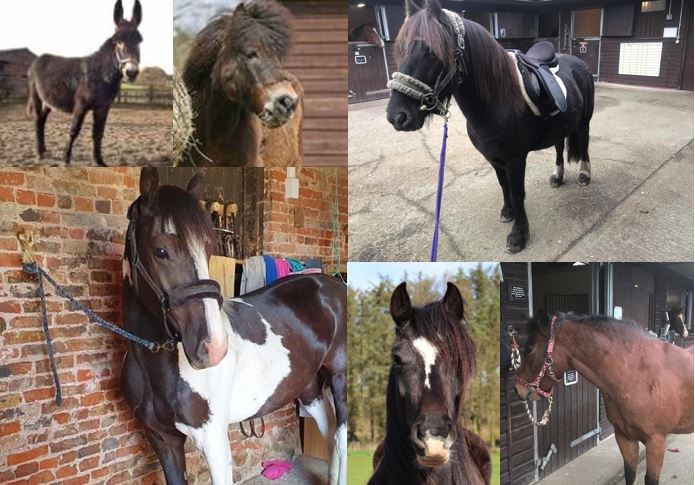 No matter what the type of animal, situation or location, Reiki is most well known for its relaxation properties but from years of experience, we know that it can do much more.

Reiki has recently been offered to a number of horses, ponies and donkeys at Hope Pastures. It a joy to practice this compassionate therapy and the added pleasure of receiving great feedback makes it especially worthwhile.

This therapy is often added as a support to other care or veterinary treatments and the cases below are no exception. The Hope Pastures staff, volunteers, vets, other care providers and new owners all do a wonderful job but it’s lovely to know that Reiki is also contributing to the improvement in the physical, emotional and mental well-being of these beautiful souls. Animals only take Reiki should they wish to do so, and we certainly feel the energy flow when it is offered.

Due to COVID-19, Reiki has been sent distantly by Friends Of Baxter Animal Care’s distant healing group in recent months and Hope Pastures’ senior Welfare Co-ordinator welcomed the opportunity for Reiki to be sent to seven equines in their care suffering from stress, fear, medical conditions or recovering from surgery.  For various reasons, Covid related and otherwise it was a few weeks before we managed to discuss the feedback and we were delighted to receive the updates below.

Coco was suffering from recurring hoof abscess, requiring him to be stabled and a minor operation for Sarcoids

UPDATE: “No more abscesses 😊. Coco is much better”.

UPDATE: “Fly is absolutely fine now and happily going into a stable every day, he is a much calmer pony in all ways!”

Logan had left his Hope Pastures family for a new home and was described as ‘stressed out’, shaking his lips repetitively (a stereotypical behaviour).

UPDATE: “Logan is much less stressed and happier now. He’s in a field with other horses”.

Piper had been rescued recently rehomed from Hope Pastures. Having been through a lot of change this final move was suspected to add more short-term stress although in his best long-term interest.

UPDATE: “After initial Reiki, Piper was settling in but challenged a field mate, especially over hay, and received a kick that required Vet treatment, antibiotics and painkillers. Following further Reiki, he is now much better, he has settled in his home and he fits in the herd better too”.

Hercules arrived at Hope Pastures bursting with excitement. Acting this way all the time would be too much for other horses to cope with. Consequently, he was struggling to find a new home

UPDATE: “Hercules is more settled but he is just back from the hospital after an operation on his legs and needs to spend 3 weeks in his stable which will be hard for him as he is such an active pony. More Reiki would be lovely to help his rehabilitation”.

Freddie an ageing Shetland pony was struggling with his weight, stiff in his hindquarters and on medication for Cushing’s disease.

UPDATE: “Please can you continue to send Reiki to Freddie”.

With these positive updates came a request from Hope Pastures:

“Instead of those that are now better, we would love Reiki to be sent to 4 more ponies and horses with issues ranging from food aggression, fear of being restrained, malnourishment & lethargy and adaptation after being abandoned by prior owners. I’ll send you the details. I’m even thinking about learning Reiki myself” 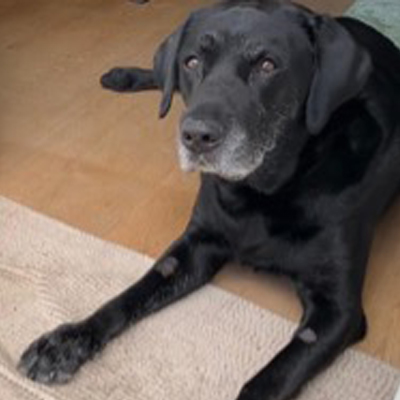 Sammy is a sweet and gentle, elderly Labrador and after struggling to breathe he was taken to a veterinary hospital. Being in an unknown environment must have added to the distress caused by his condition and a late-night call was received in which Reiki was requested for him.

Reiki was sent straight away to support Sammy’s veterinary care and treatment. Energy flowed, slowly initially and then increasingly. His anxiety could be felt from hundreds of miles away but gladly it reduced and a sense of relaxation followed. Animal Communication was used briefly to explain where he was, what was happening and how it came to be that Reiki was being offered to him distantly.

In the morning Sammy’s owners fed back, delighted that he’d been picked up from the hospital. He was better than expected. Stents had been fitted. A smile all round 😊.

However, two days later, another late-night call urgently requested more Reiki. Sammy had not reacted well to the cortisone and his owners were naturally worried and upset. Immediately Reiki was sent and the heat and tingling in my hands indicated the energy flow. After half an hour, intense tiredness suggested he would be asleep. Further Reiki was offered to Sammy for a little longer. Animals always take the lead and we allow them to take as much energy as they wish, if and how they wish. 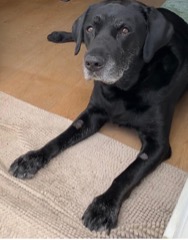 The following morning Reiki was readily taken and energy flowed consistently. The energy feeling was less stressed … much more relaxed. Relaxation is the most common response to Reiki and a very positive one. When we or animals relax and sleep, our body in its best state for self-healing and tissue repair.

Shortly afterwards Sammy’s owners provided an update: “Sammy asked to go outside at 3 am and did his business, drank, ate and was in a much better mood again. He’s just eaten again. He is MUCH better. 1000 thanks. We will no longer be giving him cortisone”

The veterinary check-up three days later also brought good news: “Everything is fine… completely fine 😊. Sammy is in a good mood again. Thank you for your great support”.

A further message, just two weeks after Sammy went into the hospital, brought the best news of all. “He is great again and can breathe normally for the first time in years. We are so happy!!