A primary aspect of our work is going to offer voluntary therapy sessions to distressed and otherwise suffering animals in Rescue centres. Reiki is most demanded but other therapies are available.

It is wonderful to see animal and bird rescue, rehoming and rehabilitation centres opening their doors and welcoming natural and holistic therapies to support the work of their vets and care staff. Benefits are quickly evident and what’s more the animals/ birds show how much they truly love their therapy sessions. We can say what we like but animal don’t lie through their actions and behaviours.

If any other charity/ good cause animal centres are interested in knowing more, with possible staff training if desired please contact us on info@friendsofbaxter.org.uk.

Yorkshire Cat Rescue is a registered charity and rescue centre that exists to save the lives of abandoned and unwanted cats and kittens in Yorkshire and parts of Lancashire. It rescues, cares for and rehomes approximately 1000 cats a year from its purpose-built centre, with many in foster homes too. As Yorkshire Cat Rescue will never put healthy cats down sometimes it takes in and, until found the ideal home, cares for chronically ill cats or kittens. Cats for adoption can be viewed on https://yorkshirecatrescue.org.

A manager from Yorkshire Cat Rescue approached Friends Of Baxter Animal Care and asked if we would be willing to offer Reiki to help their anxious and frightened cats. “Of course,” we replied, and our first visit was arranged for late November 2017.

On the first morning immediate benefits were evident for all to see. Our visits then became a regular occurrence with Reiki also being sent between visits to nervous or ill cats who were new to Yorkshire Cat Rescue and it was thought would especially benefit. Our case studies show a few examples of how Reiki has helped these Rescue cats, and could help large numbers of other animals.

Previous
Next
"Since Friends Of Baxter Animal Care have been coming to our Rescue we have noticed a distinct difference. The cats relax in a way we don’t normally see during the day. Reiki has helped nervous cats become more relaxed and settled which is wonderful for them and increases their chances of being rehomed more quickly too. We really appreciate the Reiki that is being offered here and would recommend it for other animal rescue and sanctuary centres” 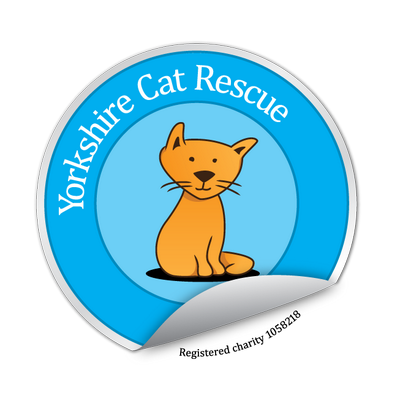 Sam DaviesHead of Cat Care at Yorkshire Cat Rescue
“Yorkshire Cat Rescue is very dedicated in how it looks after the cats in its care and it’s a real pleasure to offer Reiki treatments there. It has been wonderful to see how receptive the cats are in such a short time" 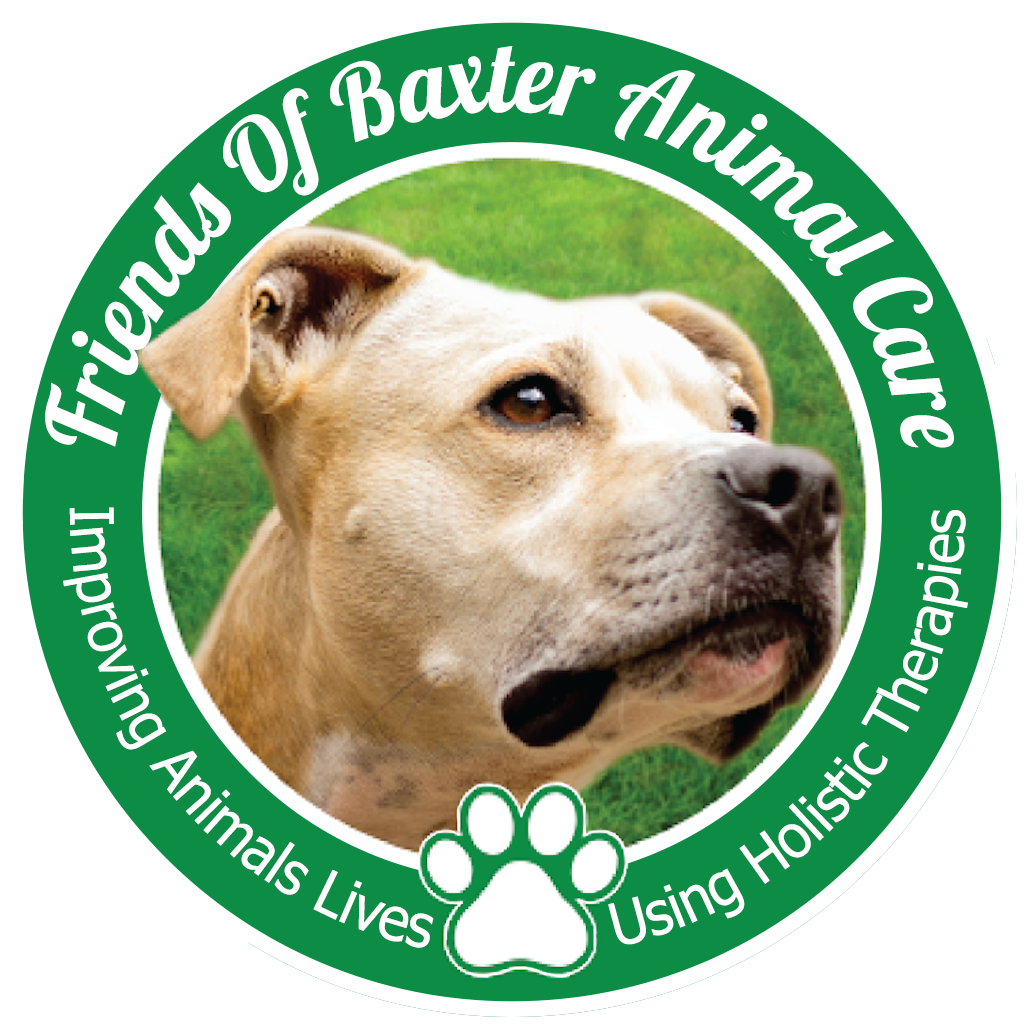 This Yorkshire based donkey sanctuary was built with the aim  of rescuing donkeys in need of loving care and nursing them back to health so that they could enjoy the rest of their lives in comfortable caring surroundings. It took 5 years of planning but the centre was set up and is in the process of becoming a registered Charity. Over 20 donkeys now live their days, largely in family groups at The Wonkey Donkey Visitors Centre. Their website can be viewed here:  https://www.wonkey-donkey.co.uk/.

On the regular daily guided tours, visitors hear sad stories about how the donkeys have in many cases been terribly maltreated and it is a pure joy to go weekly to offer some therapy sessions to these adorable souls.  Most of the donkeys are very receptive to Reiki and after our visit it isn’t uncommon for them to be sleeping standing up or even lying down. In one paddock they even line up, with one at a time moving to be under the Reiki practitioners hands. They patiently wait their turn, taking as much ‘healing energy’ as they want and then moving on and the next donkey moves forward.

Previous
Next
“The Wonkey Donkey Visitors Centre takes great care for each and every donkey and we feel blessed to be able to offer Reiki to support the care of these gorgeous donkeys knowing what misery and pain many have been through before coming to this safe and secure sanctuary. We love every one of the donkeys and gain great pleasure from their enjoyment of our weekly visits"

Julie Chalkley and Sam WebleyFriends Of Baxter Animal Care Reiki Practitioners
“At The Wonkey Donkey Visitors Centre our aim is to give every donkey the best possible care to have the best quality of life after the illness, trauma and abuse that they have suffered. It is a great privilege to have the Team at Friends of Baxter Animal Care supporting the donkeys at our centre. We have a number of donkeys that have particularly benefited by the Reiki treatment - these donkeys are often poorly and have suffered the most abuse. We have noticed a calming effect on all of our animals when they have received treatment. Having seen first hand the positive effect that Reiki has had on our animals we would recommend it for other rescue homes and sanctuaries - we are grateful for how it has helped our lovely donkeys.”

Many injured and mistreated birds are received, cared for and rehabilitated so that they can be released again as soon as possible. Like other animals they can suffer mentally and emotionally as well physically and Reiki can offer helpful support for their recovery. In some cases the birds need to become long term residents, for example if they are non-native birds, taken in as injured chicks or juvenile birds without experience of hunting and fending for themselves in nature, or if suffering with severe psychological damage following mistreatment. The aim however is to rehabilitate them wherever possible. Given the nature of this centre and its work, it is not open to the public. However public displays are on occasions given

Previous
Next
“We welcomed David & Maria to Corio Raptor Care because we believe that Reiki could be very beneficial to the rescued birds that are received at the centre, and contribute to the process of rehabilitation” 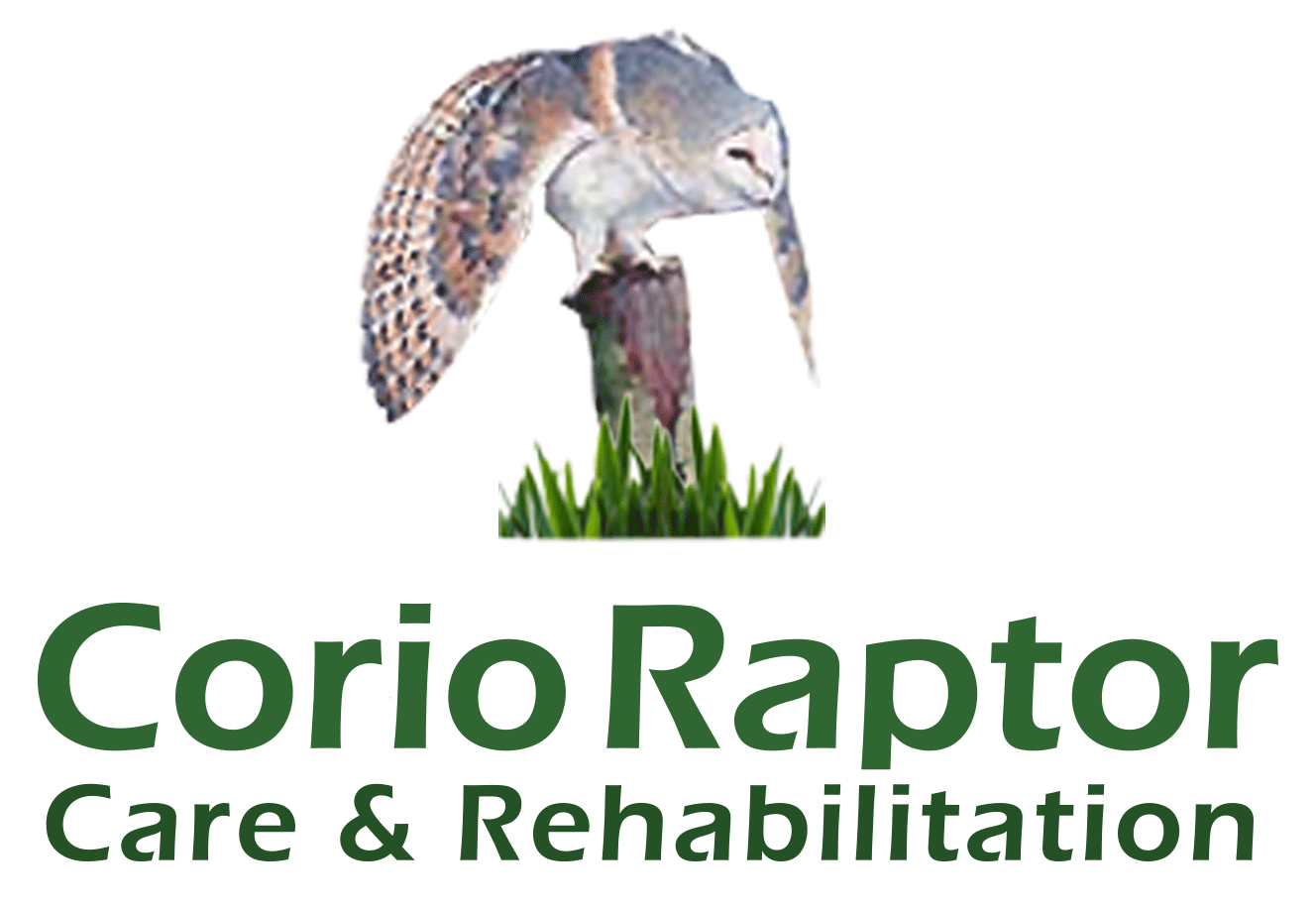 Corio Raptor Care & Rehabilitation
“We have been made welcome at Corio from the very first visit. The care and dedication at the centre is clear to see. We have not found any records or cases of work done on birds in this environment before, so we are breaking new ground. We look forward to all the work and challenges ahead”.