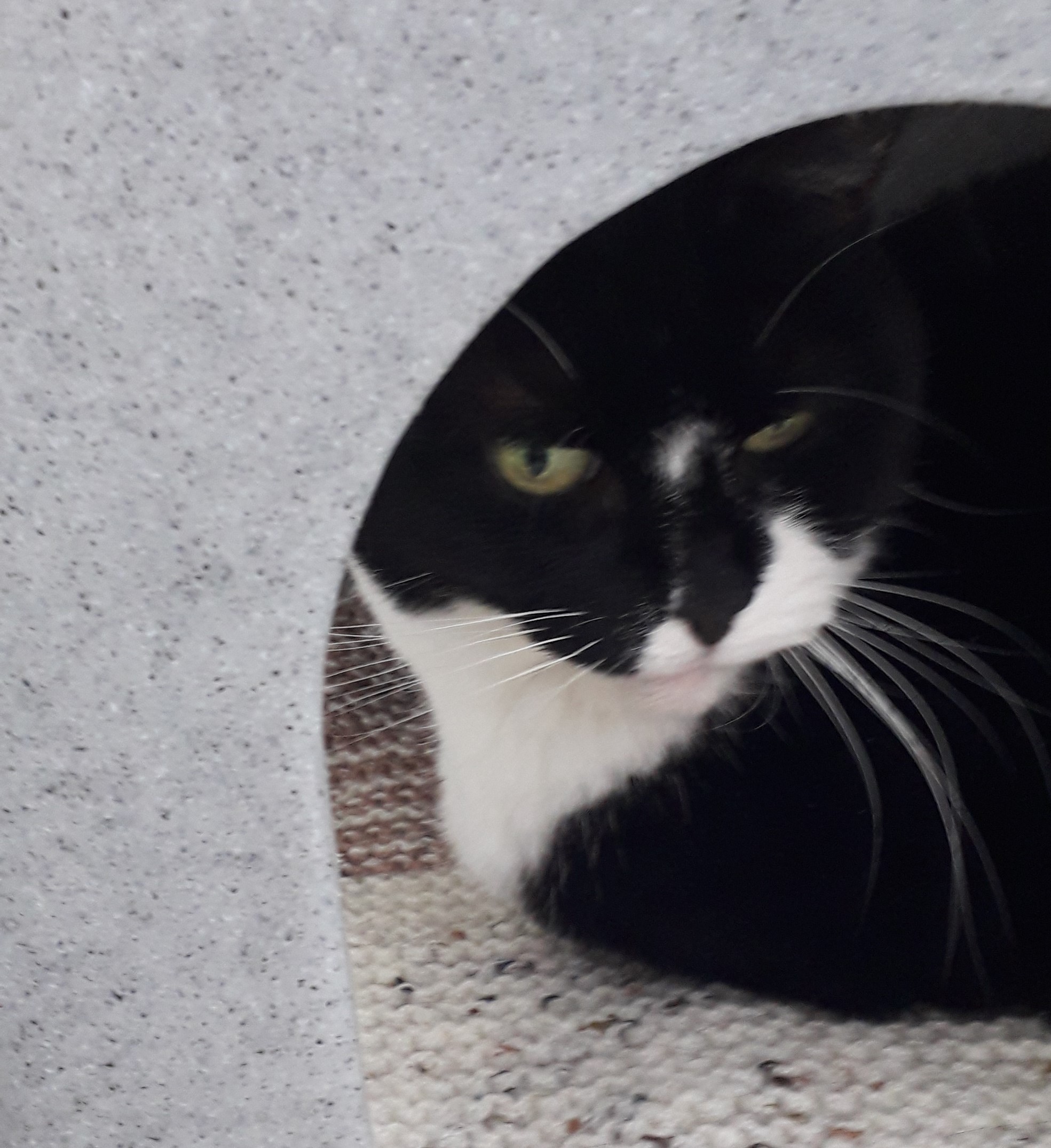 Cleo was taken in to Yorkshire Cat Rescue when her owners could no longer care for her. She was finding it hard to settle in and the change in her circumstances left her feeling anxious and uptight.

Upon first meeting her, her greeting was an agitated meow and she paced up and down her pen. Her tail wagged wildly and she stared out of the window. Her frustration could be sensed. Sitting quietly in the corner of her pen, Reiki energy flowed. It filled the pen and its relaxing effects calmed Cleo such that she soon settled and it was then easy to tune in to her.

She kept looking when the Reiki began to fill the pen and the tension in her body started to ease. After a short time, she lay on the floor, her eyes started to close as she relaxed fully. Then she jumped into her fort, the safe ‘den’ in each pen where the cats are never handled or disturbed, and there she fell asleep.

On the next visit an improvement was evident immediately. She was relaxed and came for strokes and fussing straight away. Time was spent giving much healing to her and it was clear from her big purrs, closed eyes and limp body that she felt safe, comfortable and really enjoyed her therapy session. She took a lot of relaxing Reiki energy and was left in complete bliss.

Distant healing was sent to her between visits and there was a distinct awareness of her laying in her bed contentedly.

However, On Cleo’s final session, she started to draw Reiki even before it had been offered to her, showing her recognition of the Reiki and desire for more of this soothing energy. She appeared to be significantly better yet a sadness could be felt. A deep feeling of love was mentally sent to Cleo, whilst communicating to her that she would have a lovely new home soon. Upon leaving, her sadness was released.

Cleo was very soon found a lovely new home. It was wonderful to have met her and been a small part of her life.