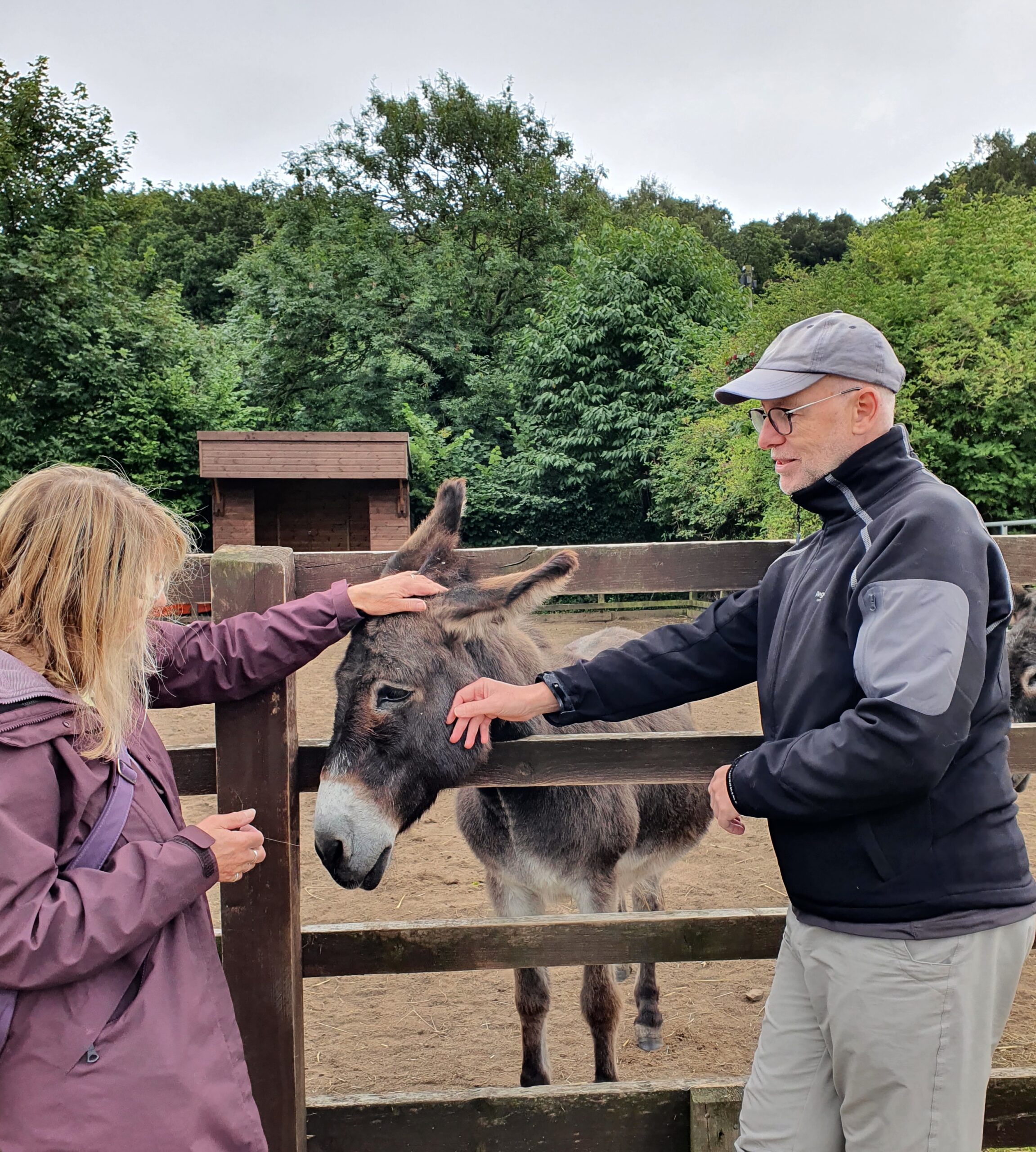 When visiting the Hope Pastures Horse and Donkey Rescue centre, we have offered Reiki to a number of the donkeys, ponies and horses in their care. Some are more receptive to Reiki and it is natural to form an emotional connection with those who become regulars for a dose of healing energy. Best buddies, Sandy and Nosey were 2 such donkeys, typically welcoming Reiki when it was offered.

We were informed of a deteriorating issue with Sandy’s feet and its impact on her movement, walking and general comfort. Veterinary and other supporting care were provided to help her optimally, including new shoes. Reiki was offered in-person and also sent in-between visits to her and to her best friend Nosey, perhaps more accurately described as her soulmate, who must have also been concerned about his beloved friend. 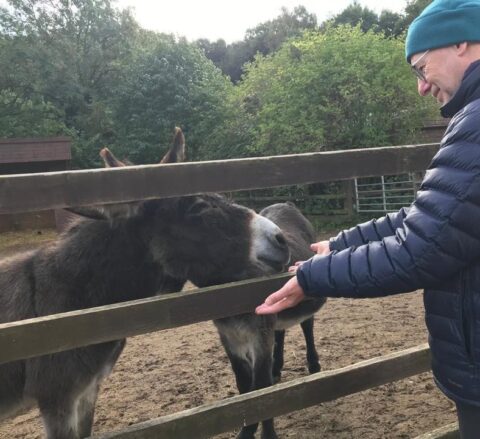 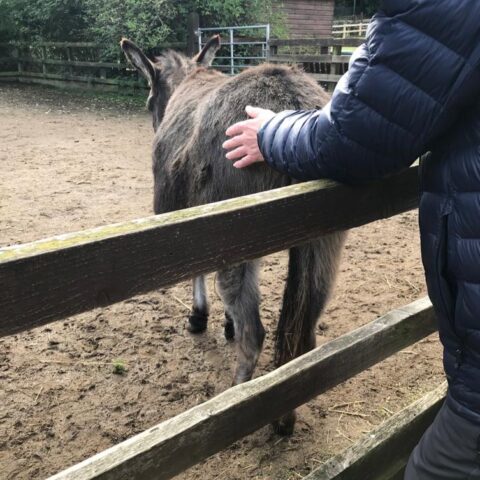 On seeing us outside their fence, they came to say hello and positioned their body towards ‘Reiki offering hands’ just where the comfort was sought, or stood from a distance clearly soaking up the energy heading their way. ‘Reiki did what Reiki does’ and they entered a calm, still, relaxed and content state. On recent visits we were acutely aware of Nosey approaching to take a little Reiki, followed by Sandy who pushed her hind quarters into the Reiki Practitioners hands, positioning herself for the healing energy to most benefit her rear legs. Nosey stood back and approached for additional Reiki afterwards but he appeared to be more concerned about ensuring that Sandy had the most, such a loving and caring gesture .. bless him!

Sometimes the best love, care and vet treatment and supporting therapy isn’t enough. Sandy improved briefly but then deteriorated and the kindest action taken by the Hope Pastures was to say farewell to her forever.

On our first visit after her passing, Nosey came over a couple of times but mainly stood at a distance. He shared a feeling of really not knowing what to do with himself. So, in a few words of Animal Communication he was lovingly advised that the other donkeys were there for him, and it was ok to stand alone if that’s what he needed but to also let the others help him when he was ready. It was also mentally communicated to him that Sandy was out of pain now and would want him to be happy.

In the way that humans become attached to one another, animals do likewise. The emotional tie between bonded pairs of donkeys can be so strong that when one passes away, the other can tragically follow shortly afterwards as a result of a broken heart. All efforts must hence be made to find another close friend for the grieving donkey.

Several weeks before Sandy’s passing a new donkey arrived at Hope Pastures. We had offered Reiki to him in his isolation quarters and although donkeys coats are not waterproof, he chose to stand in the rain taking Reiki from 3 of us, moving around when he wanted the energy in different areas but especially towards his rear end. This relates to his root chakra (for emotional security and basic needs) which is expected when in new surroundings and settling in.

He was asked if he wanted to go inside as he was getting wet but he seemed rather despondent and the returning feeling indicated that he felt wouldn’t make much difference. It came across as though he wanted more than anything to feel loved. He was told how much he was loved here and that he would be very well cared for. It was explained why he had been necessary for him to move from his prior home and to be in isolation, and that he’d soon be able to go into a field and see other donkeys and/or ponies. He appeared to enjoy having our company albeit from 10 feet+ 2 gates away and was added to our weekly distant healing list too.

Latest update: Nosey is coping better than expected and it is suspected that he has been spent a night under cover lying next to the new donkey – maybe they will comfort one another and form a new friendship. We hope so, for both of them and look forward to our next Reiki visit.