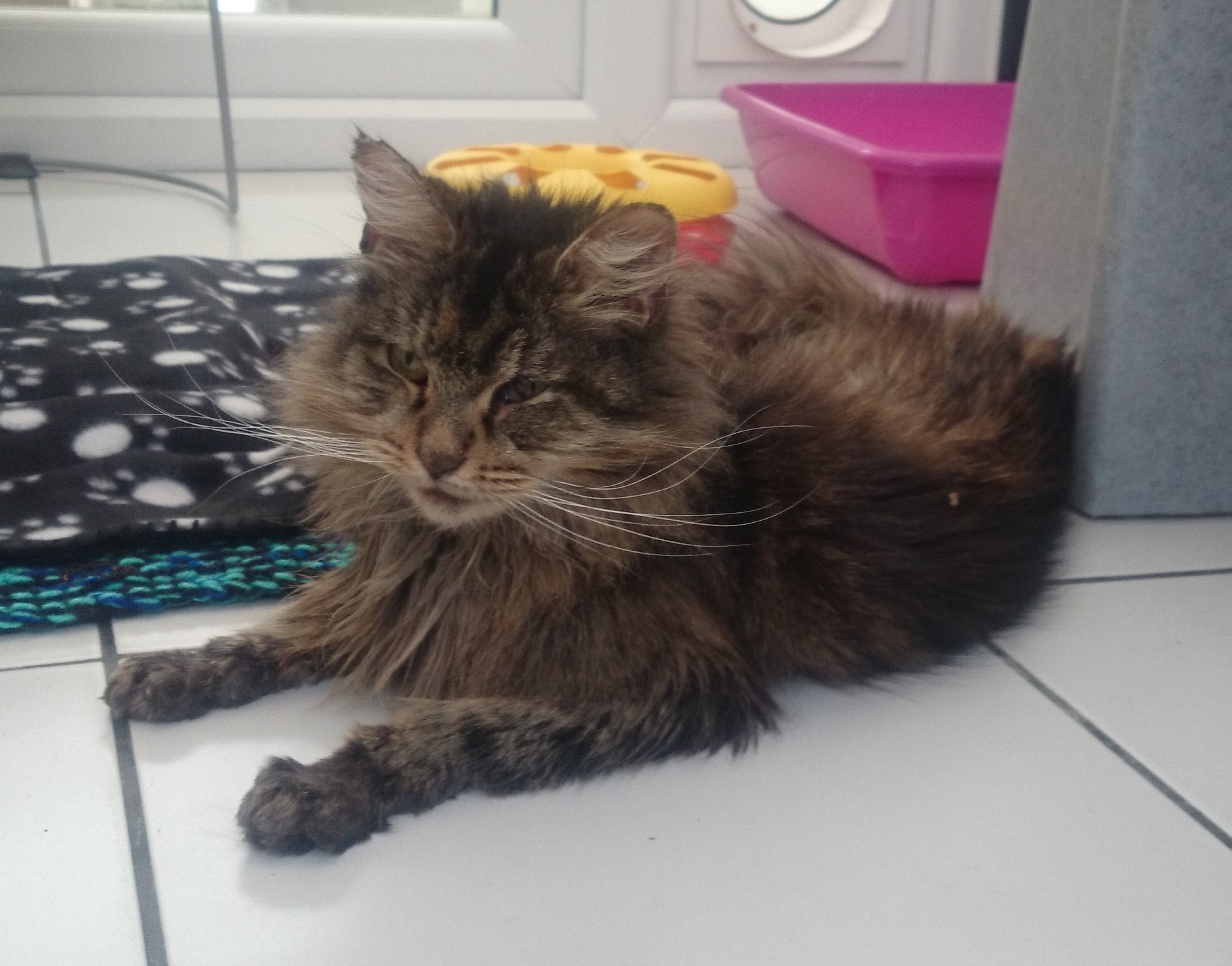 During the practice of Reiki when a compassionate and strong connection exists between the Practitioner and an animal, it is possible for animals to share their physical health and emotional feelings and for us to experience a two-way mental communication.

Shortly after BayBee found herself at Yorkshire Cat Rescue, she gladly accepted the Reiki offered to her. The Reiki Practitioner working with her soon became aware of an itchy feeling, representative of such a feeling across BayBee’s body but it was her ‘heavy’ and emotionally low mood that really stood out.

Baybee had been lying down when we first met her but by her second Reiki session she had been diagnosed with an auto immune skin condition for which she was prescribed medication. Her legs and feet were swollen and every step appeared to cause discomfort, being accompanied with a little squeal. Poor Baybee! She soaked up the Reiki offered to her for 40 mins and would have taken more and from a very vocal start to the session, had settled, appearing relaxed and more
comfortable.

Baybee had just returned from the vets before her next Reiki session. After a medicated wash, cleaning of her paws and the prescription of further treatment. Her legs and feet were a darker shade and sore, one paw had been bleeding and she hardly wanted to them to touch the floor when pottering about in obvious discomfort. Every time a paw touched down, she uttered a noise that sounded as though it would equate to a human ‘ouch’. Reiki was offered to Baybee and for over an hour. She calmed down, relaxed and appeared to really appreciate it. Neither I nor Baybee wanted the session to end, she would have happily enjoyed it all day but there were more cats waiting for their turn.

Distant Reiki was sent to Baybee on three occasions before our next visit and upon seeing her 2 weeks later, the difference was incredible. Baybee was like a new cat – she no longer showed signs of suffering and distress but instead nearly tried to escape as the pen door was opened eager to be free and enjoy life as a healthy cat. Baybee had been transformed – the veterinary treatments had significantly benefited her physical condition and Reiki had provided emotional support and comfort to aid her healing and recovery, whilst being well cared for at Yorkshire Cat Rescue. She was then very soon adopted. This is just one of many examples to show how Reiki can support conventional medicine.